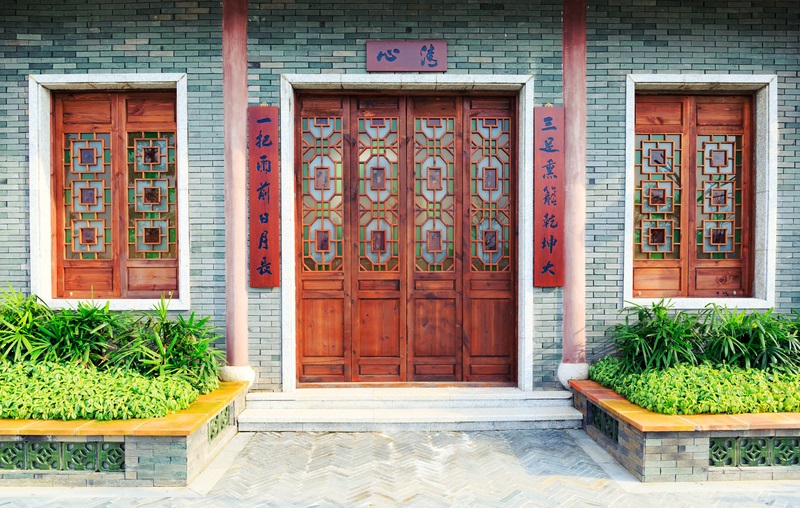 The regulation of indoor temperature occupies a vital position in traditional Chinese architecture and health. According to a Song Dynasty health manual Baosheng Yaolu (The Key Points to Good Health), one’s dwelling needs a sturdy foundation. In addition, the foundation must be away from rivers or streams that could dampen the earth beneath the house. A wet foundation not only harms the building’s structure, but also might create an overly humid environment.

In addition, the manual also emphasizes how the walls of a building should defend its host from wind currents. In ancient times, when houses were not as well built as they are in modern days, it was common for someone’s dwelling to have cracks on the walls. Thin cracks on the walls might allow in wind currents so small that one could hardly feel them. Yet, these small gushes of wind, according to traditional Chinese healthcare, could penetrate the skin and harm people’s muscles and bones. Huangdi Neijing (The Yellow Emperor’s Inner Canon), one of the oldest Chinese medicine manuals, describes wind as the source of most conventional illnesses. Wind, to ancient Chinese culture, symbolizes unpredictability and randomness. Huangdi Neijing puts “wind” as the top external health threat among six: wind, coldness, heat, dampness, dryness, and inflammation.

Thus, traditional Chinese architecture mentions frequently the importance of keeping wind out of a house. In modern days, when technology has enabled us to build steady shelters, wind mostly harms us through our wide-opened windows or air conditioning.

One example of “wind harm” is leaving windows open during a warm summer day, hoping for wind to rush in and cool down the room, a common practice before air conditioning. Merely opening the window did not cause harm. However, when one would sit for an extended amount of time, the piercing wind and “coldness” could seep through the skin and injure one’s muscles and bones. An ancient Chinese saying compares wind to blades, warning that one should “avoid wind as if it is blade.”

For those of us living in modern housing, forests of concrete and steel, air conditioning produces the wind in our rooms. Sitting directly in front of an AC vent is soothing when the outside temperature skyrockets, but it also increases the risk of catching a cold. Moreover, constant exposure to cool wind from the AC will stiffen our muscles and skin, making them less responsive to changes in temperature and decreasing our own immune system. There have also been cases where patients experience facial muscle paralysis after exposure to AC for an extended period.

Ever since humans began building our own shelters, regulating the temperature inside our shelters has been a widely debated challenge. No one wants to live in a heated room, yet we risk our health by inviting in too much wind. Traditional Chinese healthcare thus tries to find that balance between comfort and health.