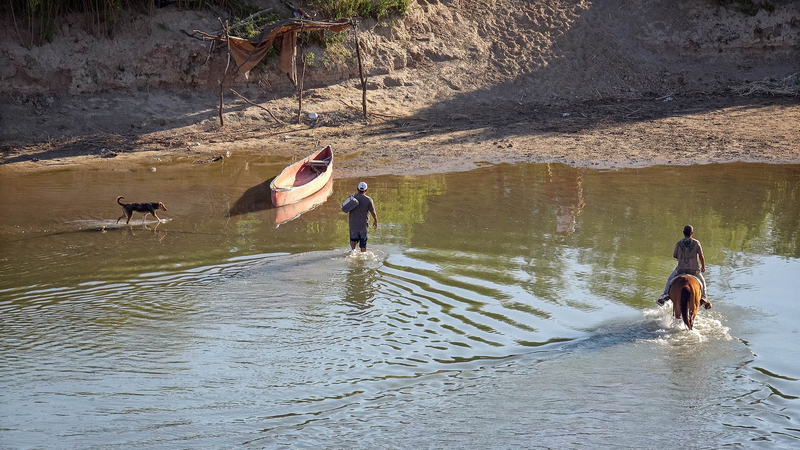 According to Texas Governor Greg Abbott, the Texas Legislature took a hard stance to ensure that the state had adequate money to construct a wall while still maintaining a national guard presence on the border. They are attempting to safeguard the border quickly while simultaneously pursuing the long-term aim of constructing the wall. Texas public money has been committed to this cause of border security to the tune of $3 billion. Even still, it will be less expensive than it was for the Trump administration for one reason: in Texas, unlike the Trump administration, they will not be required to pay for land acquisition. The earliest phases of the wall are being constructed on property owned by the state of Texas along the border. Additionally, there are property owners on the border who are fed up with Biden’s open border policy and are providing their land to Texas for free use in constructing a wall on their property.
Texas has begun patrolling its border with its own police, while the feds have ceased to do so. They intend to combat illegal immigration on their own, since the Biden administration has forgotten its constitutional commitment to enforce the United States’ laws. That is the President of the executive branch’s primary responsibility. The United States Congress has approved rules limiting immigration, but the Biden administration has abandoned enforcement of those laws, prompting Texas to step in and enforce them, as well as guard the border. On the border itself, they have troops and Department of Public Safety officials. Additionally, they have erected a boat blockade in key sections of the Rio Grande River. They’re using boats to keep illegal immigrants away from the border.
The difficulty they face along the border is its length of 1200 kilometers. They are requesting money from the federal government to cover these costs, and members of the Texas congressional delegation have filed budget requests to the federal government to cover these costs. Texas will also file a lawsuit against the federal government seeking reimbursement for any expenditures in performing the federal government’s duties.

Tom Holman, the former acting ICE Director, was not surprised when finding out that a Saudi national was apprehended in the Yuma sector while dressed in an upstate New York EMS uniform. He has been saying all year that, when the Biden administration opens the border to illegal immigration, the Border Police ceases to patrol the line. They are detaining families in detention camps. So, when half of the Border Patrol is not on the line, fentanyl comes through, which has killed over 100,000 people this year, and criminals and gang members come across into the country. The US is vulnerable to terrorists coming across the border. 15 illegal immigrants have already been arrested due to the FBI screening data base. 600,000 people have crossed the border illegally. Holman wants to know how many of them are known suspected terrorists. He wants to know how many of the 600,000 individuals who have entered our nation want to do us harm.
Under President Biden, we have experienced the highest level of illegal immigration in our nation’s history this year. According to Holman, the current administration took the most secure border we’ve seen in 35 years, when illegal migration was at its peak, and completely reversed it within nine months, making it the most susceptible border he has seen in his career.