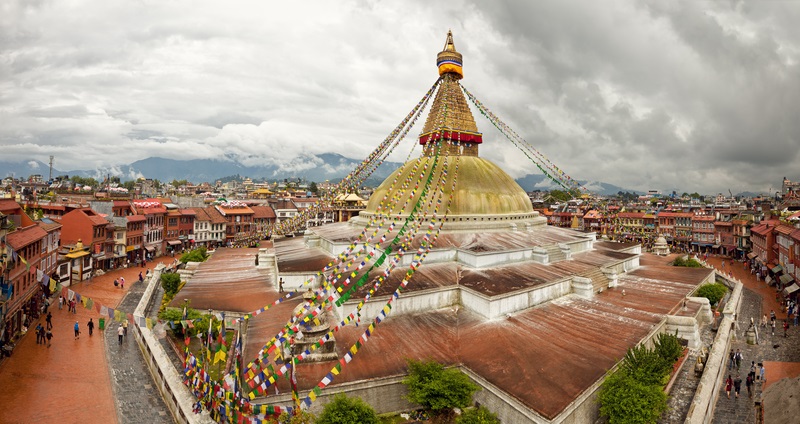 Over recent years, China has been ambitiously working to establish  relations with the landlocked country of Nepal. Through both economic diplomacy as well as  building infrastructure for transport and hydroelectric power, this investment, experts believe, is to gain a strategic grip on the country. In another case of expanding the Chinese footprint in Nepal, Beijing has started to run an illegal business of investing in Nepal’s tourism industry.

Chinese businessmen have invested in more than 400 hotels and restaurants in Kathmandu, Lalitpur, Bhagatpur and Chitwan, four of the major Nepalese cities for tourism. Chinese investors’ share in Nepal is now over 15%. The Chinese tourists who visited the country have now started to invest in lodges, private houses and apartments. But they ignore the country’s business procedure, without seeking business permits from the government for these purchases. This is in stark contrast to the regulations of the tourism department, which require hotels to obtain government permission to accommodate foreign tourists and engage in foreign currency.

In terms of payment transaction, Nepalese hoteliers complain that Chinese “tourists” make transactions through online websites like We Chat and Ali Pay which are less  transparent and harder to track than credit card payment. These Chinese investors  have been accused of misappropriating foreign exchange by sending money earned in Nepal back to China without following the mandatory tax procedures. Officials of the Hotel Association of Nepal say that business is carried out by the Chinese without paying taxes to the Nepalese government. Many Chinese companies carrying out business in small towns without registration. They have not taken any tax liability which leads to tax evasion. According to Khabar Hub, a Nepalese digital news portal, many Chinese individuals have also started to hosting tourists at their homes and apartments through websites like Airbnb.

Nepal’s tourism industry was severely affected by the Covid-19 pandemic. Meanwhile, the Chinese grip over the industry is halting its recovery even more. This mysterious involvement may make one doubtful of Chinese intentions. Heavy investments by Chinese citizens come with its own cost. The unhealthy competition is further destroying an already hard-hit hotel industry. According to Xinhuanet, the official state press agency of the people’s republic of China, the largest share of the Chinese foreign direct investment has gone to Nepal’s tourism sector, which currently stands at 125 million USD annually. Experts believe that China’s infrastructural undertaking in Nepal – the Belt and Road Initiative, in which Nepal is also a signatory, has emerged as a driving force behind China’s growing investment in Nepal. However, increased investment has led to minimum return in terms of employment opportunities for the people of Nepal.