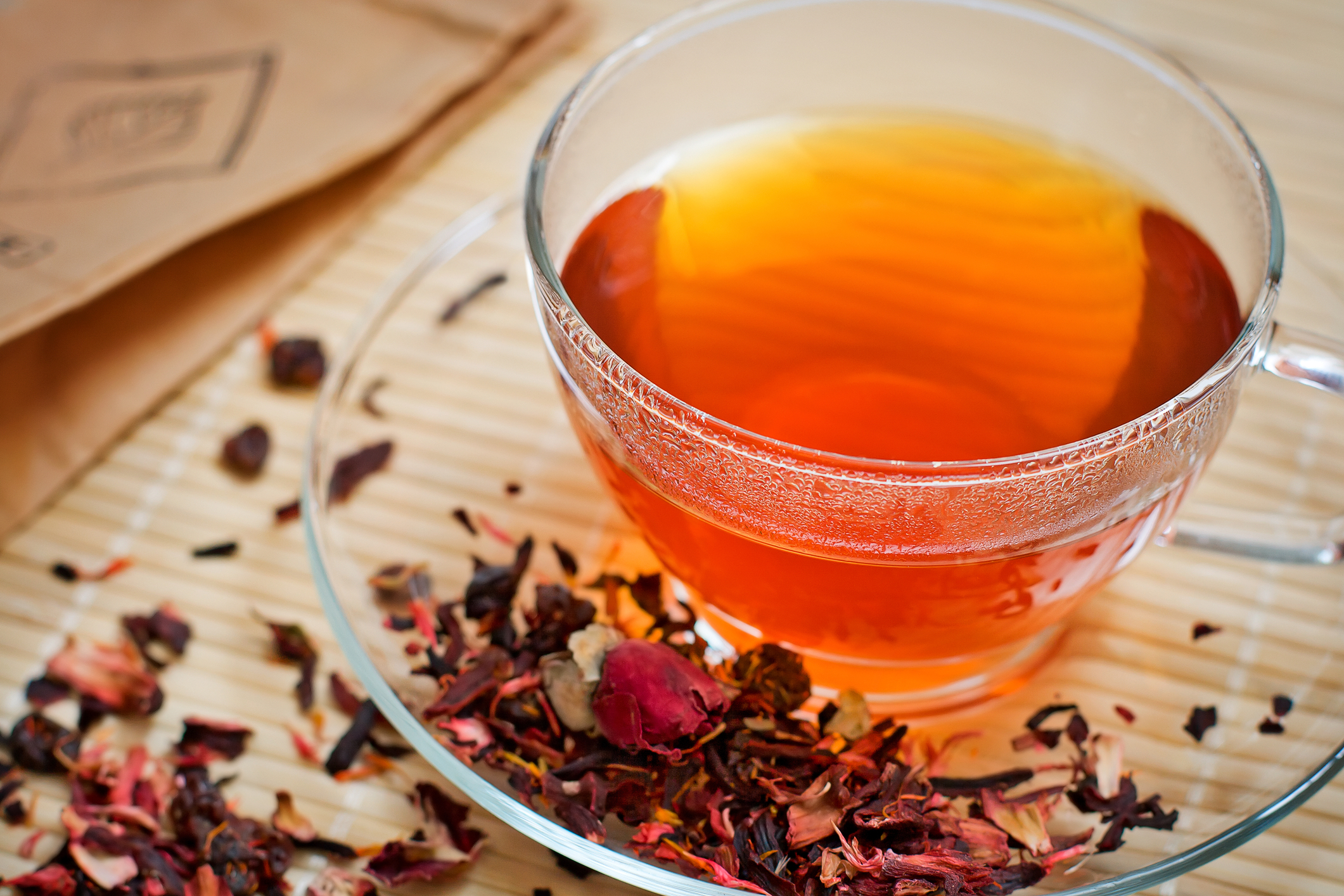 They say there’s nothing a cup of tea can’t fix, and there is some truth to that. With historical roots in East Asia, people of different cultures from around the world have been drinking tea for thousands of years. Science appears to support this practice.

A number of studies have shown that certain teas, such as green tea, can boost your immune system, fight off inflammation, promote cardiovascular health, and even prevent the development of certain cancers. These health benefits are associated with specific antioxidants found in tea, known as polyphenols.

What is herbal tea?
Despite the name, herbal tea is not actually “tea” as these beverages typically do not contain the leaves or leaf buds of tea plants. Herbal teas are made from tisanes, which are blends or infusions of dried fruits, flowers, spices or herbs in water. Tisanes have been shown to offer medicinal effects. Be an informed consumer—many beverages marketed as “herbal tea” with “herbal tea benefits” are nothing more than sugary juice. Is herbal tea good for you? Some herbal teas offer health-promoting properties and have been used as natural remedies for centuries.

Dieticians recommend herbal teas in moderation with medical approval as they can pose some risks to individuals with certain health conditions. Avoid herbal teas that contain added sugar and other additives. Herbal tea should not be used as a substitute for medical treatment.

Best known as a trusted nausea remedy, ginger tea has a spicy and full-bodied flavor. It contains the antioxidant gingerol, which is the main bioactive disease-fighting compound found in ancient ginger root. Ginger also contains trace amounts of vitamins and minerals such as vitamin B3 and B6, iron, potassium and vitamin C.

Despite a lack of scientific research on ginger tea, there is research on ginger itself as it has been used as an herbal medicine for a variety of health problems. Ginger has been shown to boost the immune system and combat inflammation. A recent systematic review of ginger’s effects on human health supports its ability to help treat a range of ailments, such as gastrointestinal function, pain, inflammation, metabolic syndromes, and more.

Ginger may slow blood clotting, and can be potentially dangerous for people taking antiplatelet drugs like aspirin or clopidogrel (Plavix) or anticoagulant drugs, such as warfarin (Coumadin), apixaban (Eliquis), dabigatran (Pradaxa), or rivaroxaban (Xarelto). Also ginger can cause extra bleeding during and after surgery.

If you have a health condition or you are pregnant, consult with your doctor to determine whether drinking ginger tea is safe for you.

Chamomile tea is more than just a calming beverage to consume before bedtime. Chamomile is an herb taken from the flowers of the Asteraceae plant family. People around the world have been using it as natural remedy for several health conditions since ancient times. Chamomile contains a variety of bioactive phytochemicals, notably flavonoids which function as antioxidants. It also contains small amounts of minerals and vitamins, such as potassium, calcium, carotene and folate, among other nutrients.

If you have a history of severe allergies—especially to pollens, you should avoid chamomile as it may be cross-contaminated with pollen from other plants.

Last but not least, hibiscus tea is made from the brightly colored flowers of the hibiscus plant. The most common colors of the beautiful blooms are red-orange, pink, yellow, and white. The “calyx” is the part of the hibiscus plant that protects the bloom. Dried calyces are used in hibiscus tea, offering a refreshing yet tart flavor. In addition to providing antioxidant power, hibiscus tea contains small amounts of potassium, calcium, magnesium and other trace minerals.

Hibiscus tea offers antiviral and cardiovascular benefits, mainly due to the antioxidant “anthocyanins.” This herbal tea has been shown to be effective against some strains of bird flu. A study showed hibiscus tea may help lower blood pressure. A meta-analysis of studies on the topic echo these benefits. Another interesting cardiovascular benefit of this herbal tea is its ability to help decrease LDL (bad) cholesterol levels. A research review showed that consuming hibiscus tea or extract decreases bad LDL cholesterol and triglyceride levels.

Avoid drinking hibiscus tea if you take the diuretic medication hydrochlorothiazide because the two may negatively interact. Hibiscus tea may also interfere with a the effects of aspirin, and health professionals recommend they be taken 3–4 hours apart. Check with your physician to verify what is best for you.