Home Art The Louvre Museum Is Becoming An Online Space 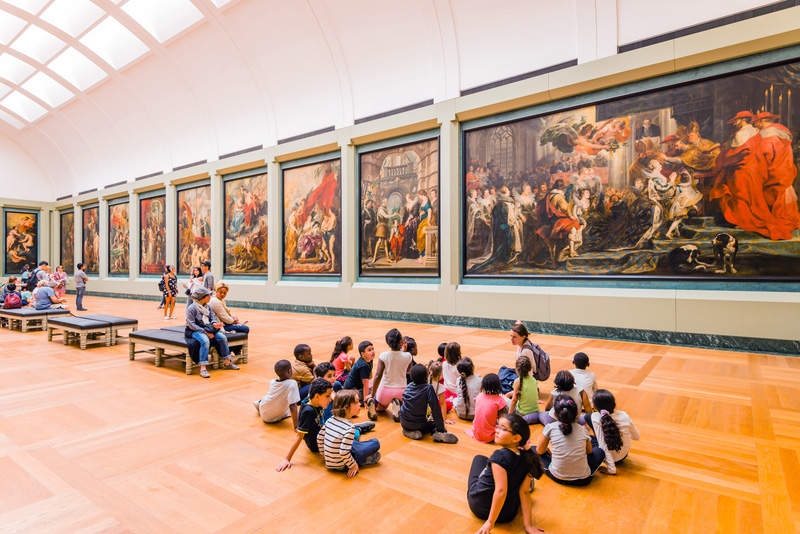 One of the world’s largest museums has officially announced plans to completely embrace the digitization of its vast collection.

The announcement was made in a statement by Jean-Luc Martinez, President-Director of the Musée du Louvre on Friday, 26th of March 2021.

The Louvre Museum is the largest and most-visited museum in the world. It is also home for the some of the world’s most popular and impressive art collections in history. Located in Paris along the banks of the Seine river, it is a beautiful palace that holds pieces like the Mona Lisa, Venus de Milo and the Great Sphinx of Titans.

The Louvre Museum is not the first to adopt this digitalization of art artifacts, many other institutions have been now to transform their collections into digital forms for viewers to gain access to.

According to Andrew McClellan, a Tufts University professor and author of Inventing the Louvre: Art, Politics, and the Origins of the Modern Museum, putting nearly everything online is in line with the Enlightenment ideals of the Museum. In other words, The Louvre is evolving, “collecting the world’s knowledge together under one roof, and then making it available for researchers and the general public.”

One of the reasons spurring the shift could be the impact of COVID 19 on the business of the museum. During the pandemic, the museum was locked for 150 days in 2020 and it saw a 72 percent decrease in attendance receiving only 2.7 million people that year.

Even though most parts of the museum have been reopened and activities have resumed, there are still a number of restrictions, and this can be seen on the museum’s homepage where “visitors aged 12 years and 2 months or older are mandated to present their health pass” according to government recommendations. Louvre like many other businesses has evolved in these times to better suit the needs of its visitors or soon to be viewers.

The project has presented itself as a daunting task as the enormous amount of art pieces the museum houses needs to be correctly documented and uploaded. So far, the Museum records about 482,000 digitized works in its database and this is just three quarters of its complete archive.

When one considers this and large amount of funds it will take to complete the project, concerns have risen as to whether access to some of the pieces will be monetized. Others are worried that it might affect the physical attendance to the Museum. However, the Museum director in his statement has expressed faith that “this digital content is going to further inspire people to come to the Louvre to discover the collections in person”.

Another source of concern is that some artifacts are still being contended for by some countries for the right of ownership, some are worried as to how the Museum will avoid any right infringement.

The most intriguing thing about the Louvre Museum- apart from its exquisite buildings, jaw dropping scenery, trustworthy store of historical information and the mere bliss of standing in front of the greatest art works of human history- is the fact that the museum presents itself as a means for exploration. A place to discover. There is no telling what beautiful piece one might stumble upon and fall in love with at the end of the day.

Suse Anderson, a professor of Museum Studies at George Washington University talks about the feeling of walking through the museum. She believes the online migration will help provide new discoveries and give many art pieces the fame and awe they deserve. “It helps you see things you might not otherwise. It helps you find surprises. And that’s where I think you often get the connection to your own life, is when you find something that resonates, that isn’t the thing you went looking for.”

Nevertheless, the worlds largest home to the humanity’s greatest expressions of soul and body is evolving to accommodate a world we will soon find ourselves in. The Museum has become an art piece on its own.