Home Art The Uffizi Gallery: A Temple of Art and Beauty 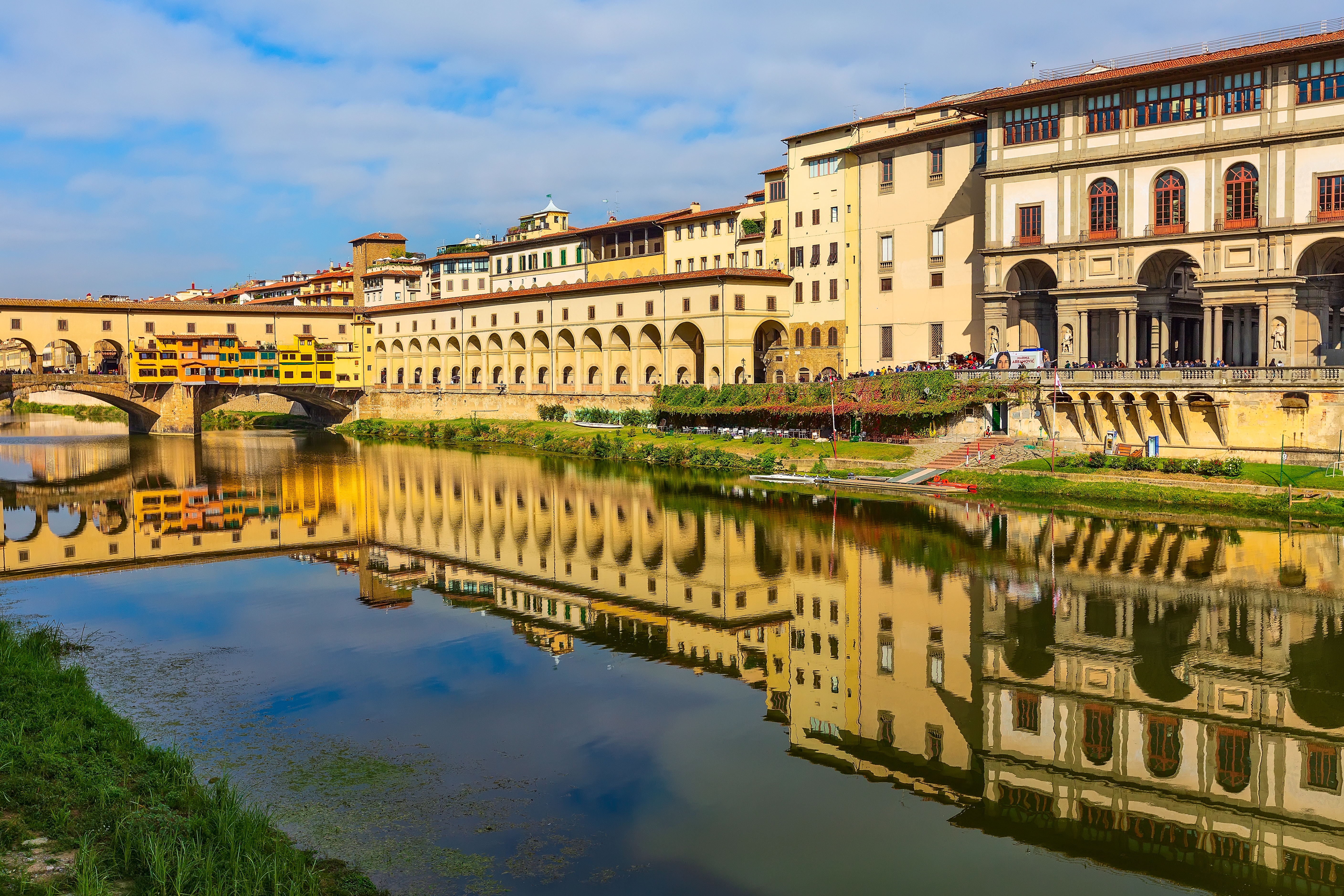 With more than two million visitors per year, the Uffizi Gallery is one of the most renowned and beloved Italian museums. A true jewel, the gallery is remarkable for its immense collection of paintings and sculptures, dating from the Middle Ages to modern times. However, the Uffizi’s heart can be found in its priceless collection of Renaissance masterpieces, which capture Florentine art’s role in history.

Closely tied to the political history of Florence, the building was not originally designed to be a museum. Being translated to ‘Offices Gallery’ in English, as the name suggests, it was conceived as Florence’s administrative and juridical office. In 1560, Cosimo I de Médici commissioned the construction of the building, entrusting the work to Giorgio Vasari. However, both Cosimo and Vasari died before the completion of the Uffizi. Then, Francesco I de Médici assigned the project to Bernardo Buontalenti. Francesco also decided to add an art gallery to the second floor of the Uffizi, and its collection grew in size alongside the Médici’s power. In 1737, the family line and power came to an end; the last of the Médici heirs, Anna Maria Luisa de Médici, gifted the Uffizi’s collection to the city of Florence, and the gallery opened to the public in 1769.

The building has a distinct U shape, designed to reject darkness with a vast, illuminated entrance square. Welcoming all visitors is a set of Doric columns; they offer a sense of elegance equilibrium, and serenity to the building. The columns also add a temple aesthetic to the Uffizi, which is fitting as the Gallery is considered a temple to Italian art and beauty. Stunning frescoes fill the corridors’ roofs, and from the windows, the city’s monuments – such as Santa Maria del Fiore, Palazzo Vecchio, and Ponte Vecchio – enrich the view.

Each room in the museum deserves its own article; the Uffizi hosts works from Giotto, Rembrandt and Caravaggio, just to name a few. However, a few masterpieces are considered the main attractions of the gallery.

First, ‘The Birth of Venus’ and ‘Primavera’ by Sandro Botticelli. Both masterpieces are considered controversial paintings as they re-introduced the depiction of pagan religion in art by setting Venus, the Roman mythological goddess of love and beauty, as the protagonist. The ‘The Birth of Venus’ celebrates beauty and love by capturing the goddess’s intense stare and statue-like pose on the canvas. ‘Primavera’ concentrates instead on the composition of the nine mythological figures and the impressively accurate depiction of 138 species of flowers, symbolizing the theme of re-birth.

Then, there is what can be called the ‘renaissance’s trinity’: ‘Annunciation’ by Leonardo Da Vinci, ‘Madonna of the Goldfinch’ by Raphael, and ‘Holy Family/Doni Tondo’, by Michelangelo. These three masterpieces represent the renaissance innovations introduced to religious art, as Leonardo, Raphael and Michelangelo brought new lights, compositions and accurate anatomy into painting.

Finally, there is also the provoking ‘Venus of Urbino’ by Titian Vecellio. Titian portrayed a fully naked Venus to combine carnal lust, domestic tenderness, and marital duties. Once more, the goddess seduces the audience, and Titian’s painting transcends through time by serving as an inspiration to Édouard Manet’s ‘Olympia’.

To fully appreciate the museum, a visit of at least three hours is recommended. The Uffizi Gallery is a must-see for all lovers of renaissance art and beyond. By walking through the Doric columns, visitors witness the timeless masterpieces that allowed Western art to evolve, paving the way toward modernity. From the Médici’s administrative office of Florence to the most visited museum in Italy, the Uffizi Gallery is nothing less than extraordinary in its history, heritage, and cultural relevance.