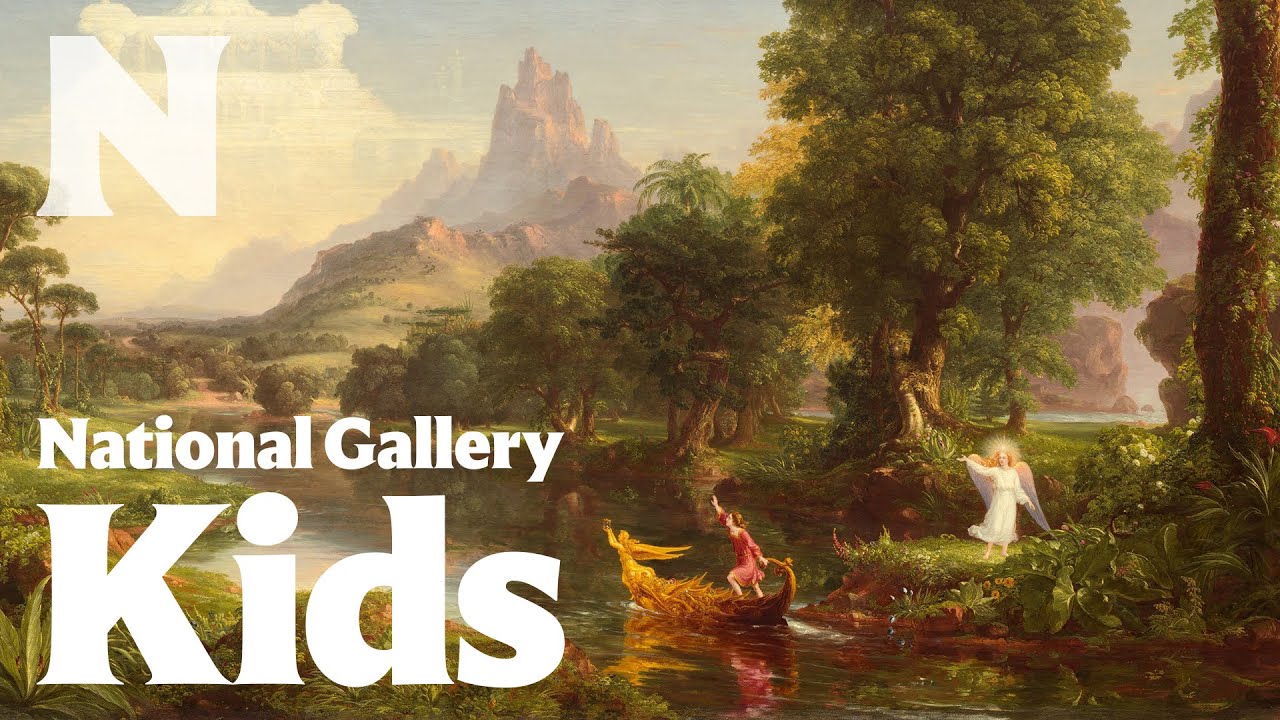 he Voyage of Life is a series of four paintings created by Thomas Cole in 1842, representing an allegory of the four stages of human life. The paintings, Childhood, Youth, Manhood, and Old Age, depict a voyager who travels in a boat on a river through the mid-19th-century American wilderness. In each painting the voyager rides the boat on the River of Life accompanied by a guardian angel. The landscape, each reflecting one of the four seasons of the year, plays a major role in conveying the story. With each installment the boat’s direction of travel is reversed from the previous picture. In childhood, the infant glides from a dark cave into a rich, green landscape. As a youth, the boy takes control of the boat and aims for a shining castle in the sky. In manhood, the adult relies on prayer and religious faith to sustain him through rough waters and a threatening landscape. Finally, the man becomes old and the angel guides him to heaven across the waters of eternity.