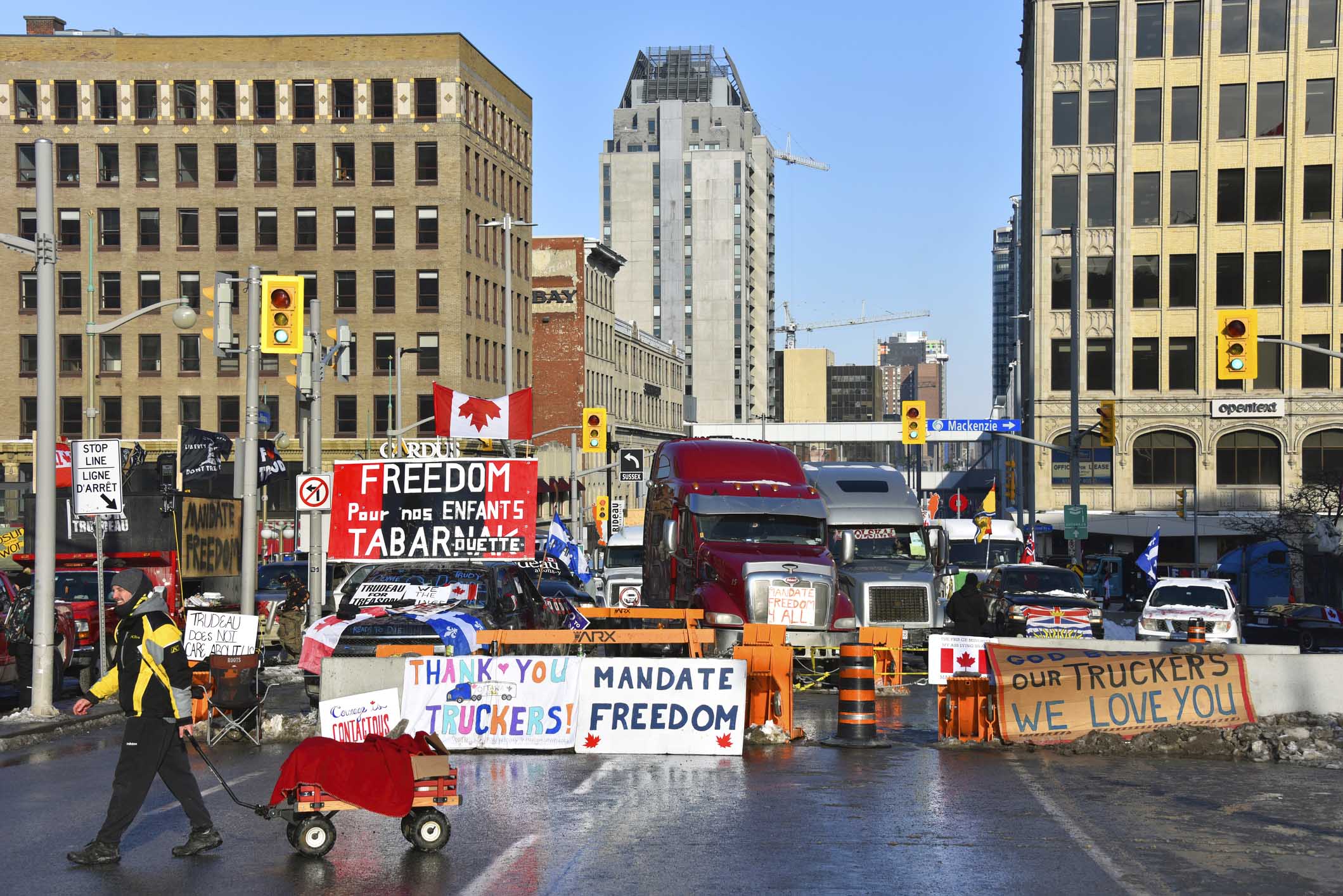 On January 15, Canada imposed a vaccine mandate for truckers who crossed into the country from the U.S. The government decided to send back unvaccinated American truckers.

These measures have landed the Canadian capital in trouble. Hundreds of truckers with their rigs and thousands of supporters have gathered in Ottawa, blocking vital roads. It started as a demonstration against the vaccine mandates. However, after Canadian Prime Minister Justin Trudeau went to hiding and waged more stiff measures against the truckers, and referred to them as “fringe,” the protests got exploded globally.

The protest has been dubbed “Freedom Convoy,” and the protestors have vowed to end the demonstration only after Trudeau resigns. Most of the capital’s streets have been choked for a week, and there is no end in sight. Many shopping malls and businesses in the area have closed down.

The Canadian capital has not witnessed such protests for a long time now. Some reports said the scale of these protests is unprecedented, and the police are unsure how to proceed. Protestors could be seen carrying placards with “Make Canada great again” and “Trudeau must resign” written on them.

After the meeting with Trudeau government, a GoFundMe page created to donate and keep the protests going has closed down by the company. Before the closure, at least $7.9 million ($10 million in Canadian dollars) was collected on the platform by the protestors.

“We now have evidence from law enforcement that the previously peaceful demonstration has become an occupation, with police reports of violence and other unlawful activity,” the GoFundMe website said in a statement.

A public safety committee of the House of Commons has summoned GoFundMe officials to question them regarding the closure and the protocols involved in releasing the funds.

Tesla CEO Elon Musk and former U.S. President Donald Trump have approved the protest. In a series of tweets, Musk said, “Canadian truckers rule” and “If you scare people enough, they will demand removal of freedom. This is the path to tyranny.”

At a rally in Conroe, Texas, Trump said, “We want those great Canadian truckers to know that we are with them all the way.” Some sections of Canada’s Conservative opposition also support the truckers. Conservative leader Erin O’Toole has been opposing the vaccine mandates since they made it mandatory for lawmakers to get vaccinated.

Ottawa police termed the protests as “dangerous”. The police expect more protestors funded by U.S. sympathizers to enter the city in the coming days. But as of February 5, no police action has been initiated, much to the frustration of the locals.

But many expect that the protests may turn violent in the following days if the demands are not met. More than 200 trucks are blocking the roads in the nation’s capital at present. The Canadian government has also vowed not to use the military against the protestors.

With the protestors unrelenting and upping the ante, Trudeau challenging them in most interviews, and more truckers pouring in to keep the protests going, the situation is spiraling out of control.