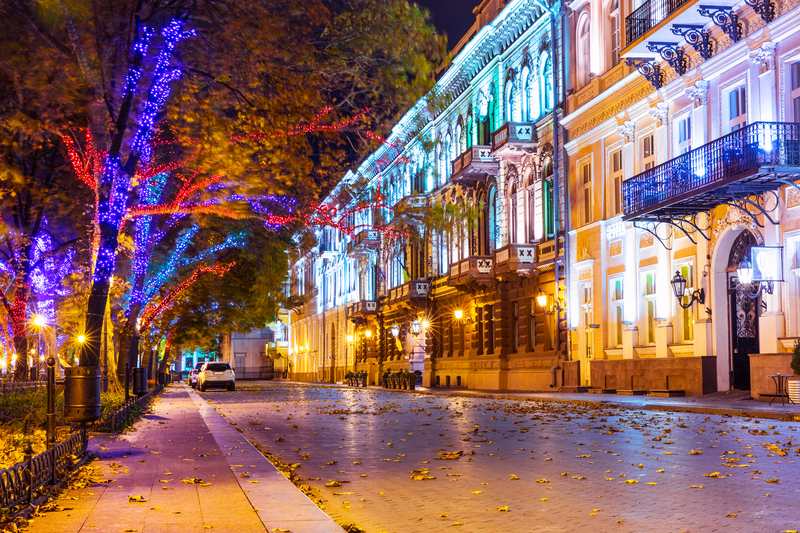 On October 22, 1941, a bomb exploded in Odessa, a Soviet port town, marked a bloody onslaught by German.

Over 80 years later, as Russian ships circle out to sea, the Ukrainian town is once again ready to do so. Sandbags and steel anti-tank hedgehogs cover the streets. However, not everyone believes that an assault is imminent.

“Yeah, we’re quite safe because Odessa has a very brave history, you know that here during the fascist (second world) war there was a civil counterforce – not the military but the civilian citizens of Odessa. That’s why, we are very brave, we are not afraid of this.”

Gennadiy Trukhanov, the city’s mayor, believes Russia has squandered its opportunity to assault the city, which now has three weeks to erect fortifications and prepare for an attack. “Still, I believe, strongly believe, and it’s a kind of inner conviction, that a Russian attack on Odessa will not happen. Because Odessa is a symbol, a symbol of freedom, it is a symbol, a symbolic city. It’s a city that is loved around the world. And the residents of Odessa are peaceful people.”

In July 1941, the attack on Odessa started. Romanian and German soldiers captured the city after 73 days and four attacks. Odessa is Ukraine’s third biggest city in the twenty-first century. It is cosmopolitan city and well-liked by Russians. And its residents are optimistic.

”As many people say, Odessa is well-defended by our forces and I hope to believe that, and I feel quite positive about this.”

Odessa is Ukraine’s third largest city and municipality, as well as a significant seaport and transportation center, situated in the country’s south-western region on the Black Sea’s northwestern coast. Additionally, the city serves as the administrative center for the Odessa Raion and Odessa Oblast, as well as being a multicultural hub. Odessa is sometimes referred to as the “pearl of the Black Sea,” the “South Capital” (under the Russian Empire and Soviet Union), “The Humor Capital,” and “Southern Palmyra.”

Long before the Tsarist creation of Odessa, the site was occupied by an ancient Greek village. A more modern Tatar village was established on the site in 1440 by Hac I Giray, the Khan of Crimea, and was called Hacibey in his honor. After a brief stint under the hands of the Lithuanian Grand Duchy, Hacibey and its environs were annexed by the Ottomans in 1529 and stayed there until the empire’s fall in the Russo-Turkish War of 1792.

Odessa was formed in 1794 by edict of the Russian Empress Catherine the Great. Odessa had a free port from 1819 until 1858. It was the most significant commerce port in the Soviet Union and a Soviet naval station during the Soviet era. In 2000, the Odessa Commercial Sea Port’s Quarantine Pier was designated a free port and free economic zone for a 25-year term.

Odessa was Imperial Russia’s fourth biggest city in the nineteenth century, behind Moscow, Saint Petersburg, and Warsaw. Its historical architecture is more Mediterranean in design than Russian, with strong influences from French and Italian styles. Certain structures are constructed in a variety of styles, including Art Nouveau, Renaissance, and Classicist.

Odessa is a harbor with warm water. Both the Port of Odessa and Port Yuzhne, an important oil terminal located in the city’s outskirts, are located in Odessa. Chornomorsk, another significant port, is situated in the same region, south of Odessa. They provide an important transport hub when combined with trains. Strategic pipes link Odessa’s oil and chemical processing facilities to the Russian and other European networks. Prior to the Russian invasion of Ukraine, the city had a population of around a million people and was a popular tourist destination.

Zelenskyy said that Ukraine has always provided peace alternatives and desires immediate, substantive, and honest dialogue on peace and security. “I want everyone to hear me now, especially in Moscow. The time has come for a meeting, it is time to talk,” He said in a video message published early Saturday.

“The time has come to restore territorial integrity and justice for Ukraine. Otherwise, Russia’s losses will be such that it will take you several generations to recover.”

For weeks, the two parties have been in discussions with little indication of a breakthrough.

Mykhailo Podolyak, a Zelenskyy aide, said peace negotiations with Russia might continue for at least “many weeks,” despite signals that Moscow’s position has improved.

Security guarantees, a ceasefire, the departure of Russian soldiers, and the “political settlement of disputed territory” are among the key issues being discussed at the talks, Podolyak — a member of the Ukrainian negotiating group — said Friday from his office in Kyiv.