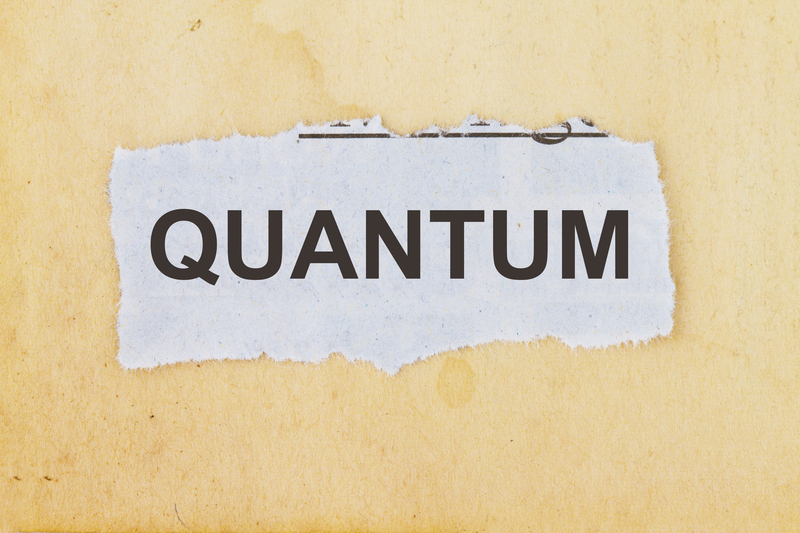 90 years after the discoveries of the double-slit experiment took the scientific world by storm, physicists still face the problem of grasping the concepts of another reality. In the last article, we attempted to give a very simple overview of what physics is, more specifically, what quantum physics is. In this article, will look at how the fathers of modern physics attempted to grasp the concepts of quantum reality.

The Copenhagen Approach To Quantum Physics.

To understand the many probabilistic possibilities that the quantum realm seems to present, in 1920, Niels Bohr (alongside other prominent scientists) came up with an approach called the Copenhagen Interpretation of Quantum Mechanics. The interpretation is based upon the concepts of “continuous probabilities.”

What this approach is trying to explain is that there are two ways to view matter (which has both particle and wave properties) and those are the “and” way and the “or” way. In clearer terms, it means that a particle can either be here “and” there or it could either be here “or” there.

David Wallace, Professor of Philosophy at the University of Southern California, and the author of a book on the Everett interpretation of quantum mechanics titled “The Emergent Multiverse,” believes that if quantum mechanics is taken seriously, it would lead to “…this crazy idea of there being many parallel going-on at the same time.” This is the inspiration behind the concept of parallel universes also called the Many Worlds Theory.

It is important to note that quantum mechanics theory is not just describing the probability of things happening, but rather describing the fact that they really did happen, as distinct events in different universes at the same time.

The Copenhagen Interpretation, therefore, means that a particle does not actually exist in one state OR another, but in all its states at once. You could call it the “and reality.” This is the standard theory for understanding quantum mechanics, and it is also responsible for our current notion of parallel universes, where there are infinite  versions of ourselves that make all other possible decisions other than the ones that we make.

The possibility that this notion is correct has created a real philosophical and mathematical challenge for physicists.

The first concept that was challenged by this theory is that of man as a creature of free will.. In this case, the theory presents us as creatures who are a part of a great flow of events of which our many selves must inevitably make certain decisions as we fulfill our role in maintaining this reality.

Even though this theory continues to remain the standard approach to understanding quantum reality, many modern physicists now believe it is “anti-realistic”. One such physicist is a Professor of Chemistry at the University of California, Berkeley, Birgitta Whaley.

“If we are to follow this many-worlds hypothesis- the scenario that all possible probabilities are actually happening in a parallel universe, the question of what determines how many universes and how to measure the endless probabilities that could exist, persist” she explains.

If there are so many universes, why do we not experience the many outcomes that are possible? What is our experience in that other world? Is there a way to determine it? Can we predict our decision in this world? Can we communicate with that other world? Dr. Birgitta refers to these questions  as a state of Decoherence.

According to Techopedia, Quantum Coherence is defined as the idea that an individual particle has a wave function. Decoherence, therefore, means the loss of quantum coherence. Like the science journal, Scientific puts it:

“It is like taking a long-exposure photograph of someone who is moving. The photograph becomes blurry, and it becomes difficult to discern exactly how the person is moving.”

If particles are always here “and” there, our measurements are therefore “blurry.”

The trustworthiness of Bohr’s interpretation is further challenged when one considers the many factors that have been neglected. Factors such as the environment can affect the measuring devices and therefore the outcomes also influence the accuracy of our measurements.

Can It Be Trusted?

Dr. Gerard ’t Hooft believes the Copenhagen calculation is incomplete and is therefore prone to error. Dr. Gerard ’t Hooft is a Professor of Theoretical Physics at Utrecht University in the Netherlands and winner of the 1999 Nobel Prize in Physics for work in quantum field theory that laid the foundation for the standard model of particle physics.

“All the particles we talk about are not real particles, they are mathematical abstractions of a real particle.” Dr. Gerard ’t Hooft continues, “We use that it is the best we can do, which is perfect. It is by far the best we can do, So, in practice, that is just fine. But you just have to be careful in interpreting your result. The result does not mean that the universe is split into many other universes. The results mean, yes, this answer is the best answer you can get.”

He believes that in the absence of unrecorded (and unavoidable) errors, the calculation is accurate- albeit  not incomplete- and instead of getting certain measurements of the universe we are in, we get a superposition of different universes. In other words, our outcomes are rather “unrealistic.”

In a normal mathematical setting, an answer can either be correct or incorrect. The current theory we have access to provides a pool of wrongs and rights. Scientists currently  lack the means of making extremely accurate measurements without excluding the external and internal factors of errors. So,  what we have today continues to be  an incomplete theory.

Schrodinger’s equation is another scientific approach that is considered foundational in understanding the basics of quantum mechanics. We will explore this in part three of this series